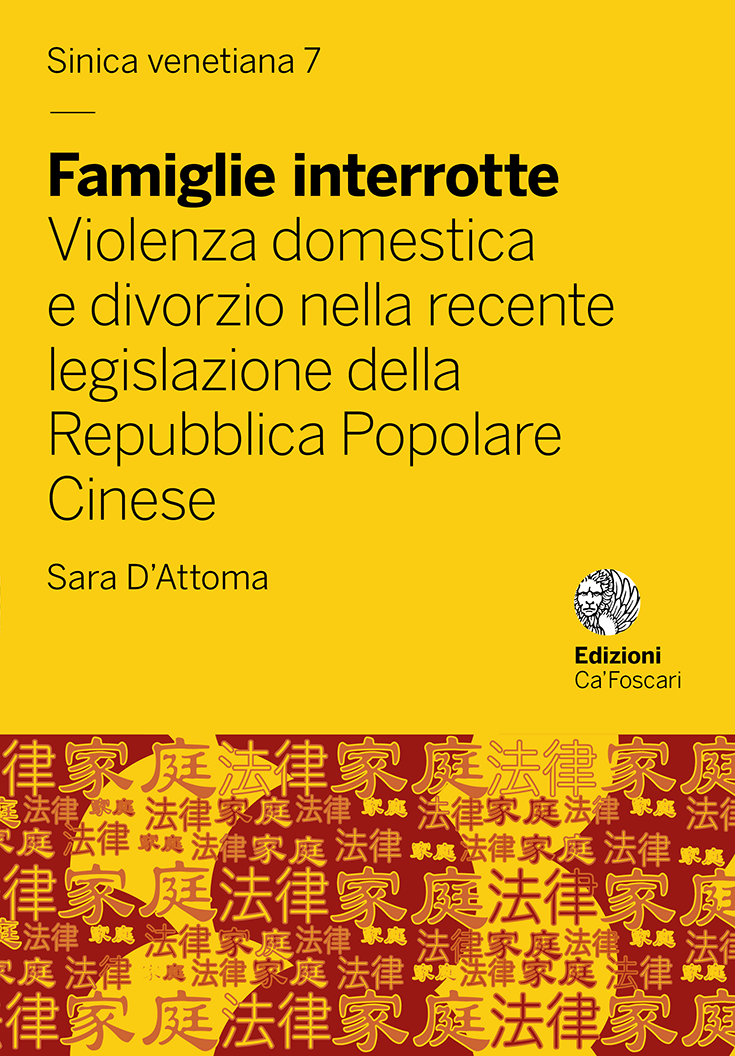 Gender-based violence perpetrated within the family is an issue of global importance. It is no coincidence that the statistics on domestic violence committed during the ongoing pandemic have shown it as a worrying phenomenon crossing national borders and social levels. In China the consideration of domestic violence as an element of destabilisation of the family unit is rather recent. In fact, the traditional patriarchal values on which the Chinese family based its relations considered intra-family violence – particularly towards women – an accepted and fully integrated component in the normal course of relations among people belonging to the same lineage. The Pandora’s Box, which for centuries has concealed and neglected the problem, has only been uncovered since the Fourth World Conference on Women held in Beijing in 1995, which started the debate on the issue of gender-based violence and brought China to draw up annual reports on the female condition. The inclusion of the category “domestic violence” in a national law dates back to 2001 (Marriage Law) and the first ad hoc legislation to 2016. The relationship between domestic violence, social and family stability was the leitmotif that accompanied the official documents of the legislative process that led to the drafting of the Law against Domestic Violence of the PRC. This latter has focused on a prevention network aiming primarily to empower civil society, but overshadowing mere legal instruments. By analysing all the phases of this legislative process, the book aims to reflect on the regulatory instruments – in particular, divorce and the system of protection orders – and on the features of these institutions created to limit and control the problem of family violence. Furthermore, this analysis will provide insights into the social and linguistic implications that the issue of domestic violence has determined in China in the past up to nowadays.

Copyright: © 2022 Sara D’Attoma. This is an open-access work distributed under the terms of the Creative Commons Attribution License (CC BY). The use, distribution or reproduction is permitted, provided that the original author(s) and the copyright owner(s) are credited and that the original publication is cited, in accordance with accepted academic practice. The license allows for commercial use. No use, distribution or reproduction is permitted which does not comply with these terms.