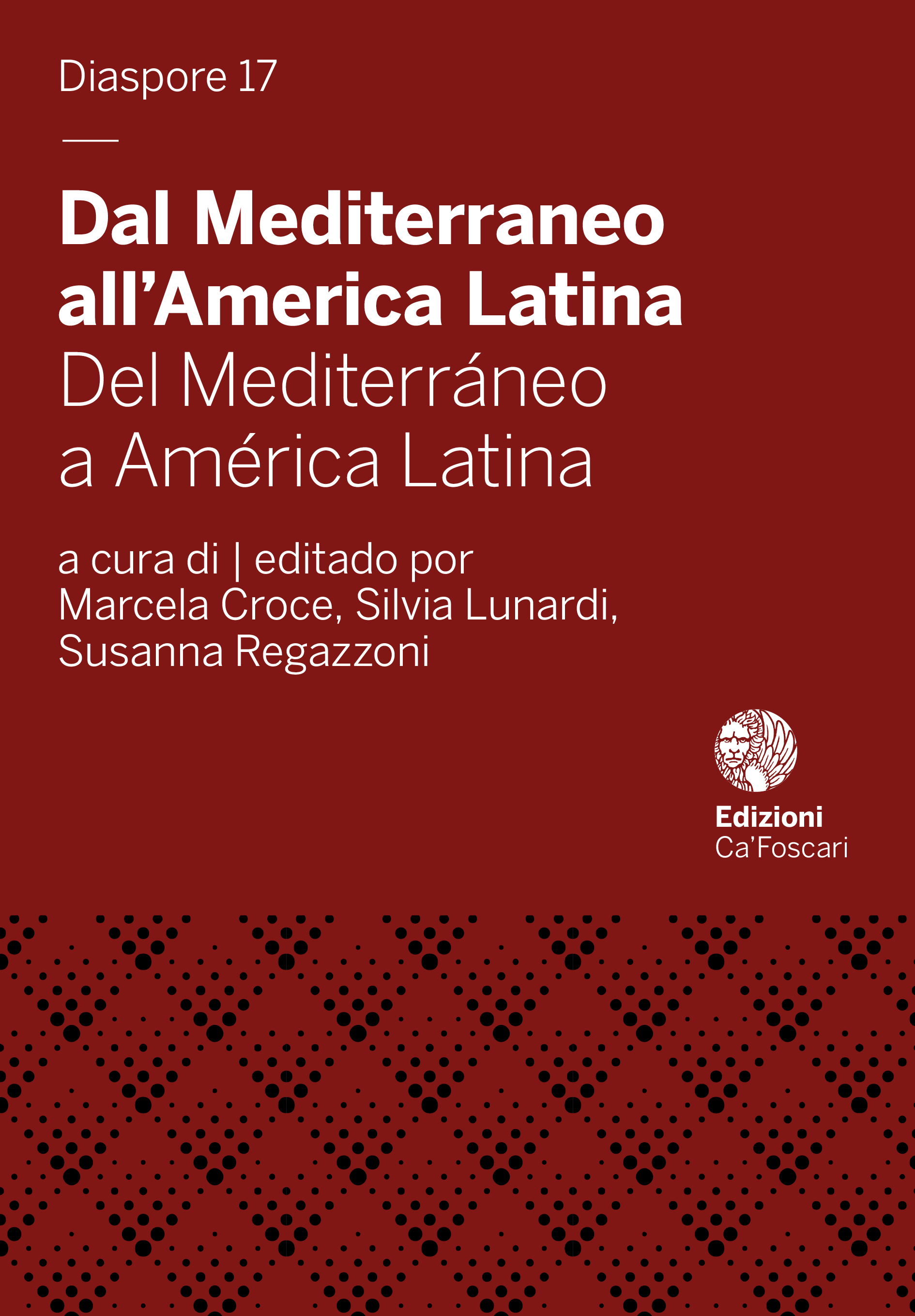 This volume collects a set of expositions developed within the framework of the DIASPORE International Conference. From the Mediterranean to Latin America. Art, Language and Literature in Emigration, co-organised by the Instituto Interdisciplinario de Estudios e Investigaciones de América Latina (INDEAL) of the Faculty of Philosophy and Letters (University of Buenos Aires, Argentina) and the Archivio Scritture Scrittrici Migranti and the Department of Linguistics and Comparative Cultural Studies of Ca’ Foscari University of Venice, in September 2021. The purpose of the conference was to investigate the cultural ties existing between places linked together by the journey and to understand the ways in which migrants can impact the places of departure and arrival. The book consists of four parts. The first, “Italians in Argentina: The Language in Transit”, studies the works of the linguists Benvenuto Terracini and Salvador Bucca, continues with the writer Mariangela Sedda and culminates with the typical pasticcio of piamaontéis merican in the Pampa Gringa. The second part, “Spaniards in Mexico”, is dedicated to the paintings and the literary work of Luis Abad Carretero, the surrealist productions of Remedios Varo and the poetic-musical collaboration of José Bergamín and Rodolfo Halffter. The third segment, “Migratory Dispositions and Compositions”, develops a phenomenology of exile through the fictional game with Latin American writers who emigrated to France in the second half of the 20th century and it rethinks the role of Italian music in Argentina between the 19th and 20th centuries. The fourth part, “Visual Strategies in Transatlantic Itineraries”, deals with the cinema of Luis Buñuel, the muralism of Luis Seoane, the comics of Hugo Pratt and the “road movie” book of Valeria Luiselli in order to account for routes going from Spain or Italy to the two main destinations in Latin America, Buenos Aires and Mexico. The conclusion is provided by the testimony of a key aspect of culture usually neglected in academic meetings, the culinary culture.

Copyright: © 2022 Marcela Croce, Silvia Lunardi, Susanna Regazzoni. This is an open-access work distributed under the terms of the Creative Commons Attribution License (CC BY). The use, distribution or reproduction is permitted, provided that the original author(s) and the copyright owner(s) are credited and that the original publication is cited, in accordance with accepted academic practice. The license allows for commercial use. No use, distribution or reproduction is permitted which does not comply with these terms.