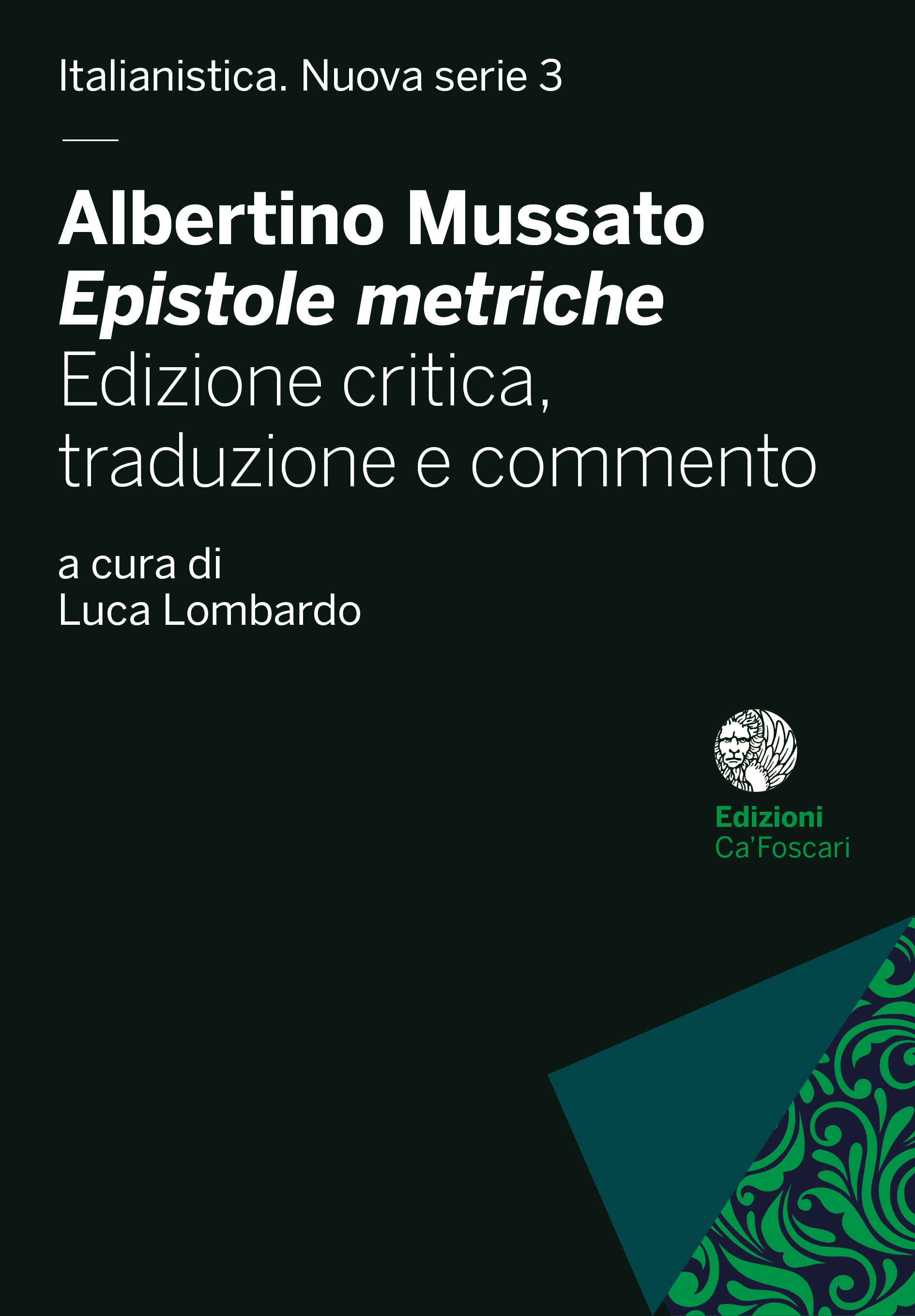 The Metric Epistles of Albertino Mussato (1261-1329) are a collection of 20 compositions in Latin verse (of which, 12 in elegiac couplets, 8 in hexameters, for a total of 1,570 verses) composed between 1309 and 1326 and addressed to different recipients. The list of recipients includes friends of the author and representatives of the Paduan political and intellectual élite of the early 14th century such as the judges Rolando da Piazzola, Giovanni da Vigonza and Paolo da Teolo, the notary Zambono d’Andrea and Marsilio Mainardini; masters of grammar and rhetoric such as the Venetian Giovanni Cassio, Bonincontro from Mantua and Guizzardo from Bologna; religious personalities such as the Dominican friars Benedetto and Giovannino da Mantova, respectively lecturer and professor of theology at the Studium Generale of the convent of S. Agostino in Padua; collective recipients, such as the College of Artists and fellow citizens of Padua. After an editio princeps was printed in Venice in 1636 on the basis of a now lost manuscript, a critical edition of the Epistles is published here for the first time, including the complete corpus of the texts in the light of their entire manuscript tradition. The texts are accompanied by an Italian translation and a detailed commentary, which mainly aims to bring to light and analyse the dense intertextuality of Mussato’s poem (in particular classical Latin sources), reconsidering the cultural background of the author and his contemporaries in the context of the so-called ‘Paduan prehumanism’ and an ideal dialogue with Dante’s coeval biographical and literary experiences.