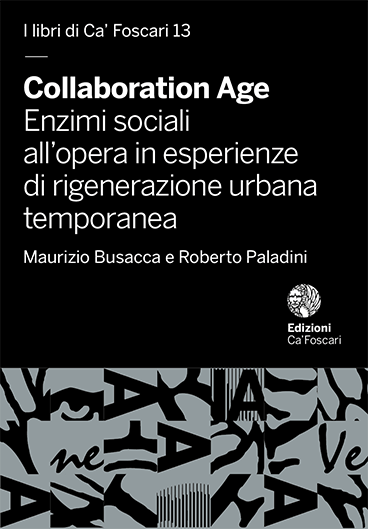 Recently, public policies of urban regeneration have intensified and multiplied. They are being promoted with the aim to start social and economic dynamics within the local context which is subject to intervention. From the empirical analysis, we realise that such activities are mainly implemented by three subjects or by mixed coalitions (public institutions, actors of the third sector and companies). Within them, each player is moved by a multiplicity of interests and goals that go beyond their own nature – public interest, market and mutualism – and tend to redefine themselves, thus becoming hybrid forms of production of value (social, economic, cultural). By studying a number Italian and Catalan cases, this essay deals with the theory that, under specific conditions and configurations, a collaborative direction – of organization, production and design – would give life to successful procedures, even without the identification of a one-best-way. The collaboration is not simply a choice of operation, but a real production method which mobilises social resources to create hybrid solutions – between state, market and society – to complex issues that could not be faced solely with the use of the rationale of action of one among the three actors. In this framework, the systems of relations and interactions between players and shared capital become an essential condition for the success of every initiative of urban redevelopment, or failure thereof. Such initiatives are brought to life by the strategic role of individuals who foster connections as well as the dissemination of non-redundant information between social networks, and collective and individual actors which would otherwise be separated and barely able to communicate and collaborate with each other. In addition to the functions carried out by knowledge brokers, that have been extensively described in organisational studies and economic sociology, the aforementioned figures act as real social enzymes, that is to say, they handle the available information and function as catalysts of social processes of production of knowledge. Moreover, they increase the reaction speed, working on mechanisms which control the spontaneity.

Copyright: © 2020 Maurizio Busacca, Roberto Paladini. This is an open-access work distributed under the terms of the Creative Commons Attribution License (CC BY). The use, distribution or reproduction is permitted, provided that the original author(s) and the copyright owner(s) are credited and that the original publication is cited, in accordance with accepted academic practice. The license allows for commercial use. No use, distribution or reproduction is permitted which does not comply with these terms.