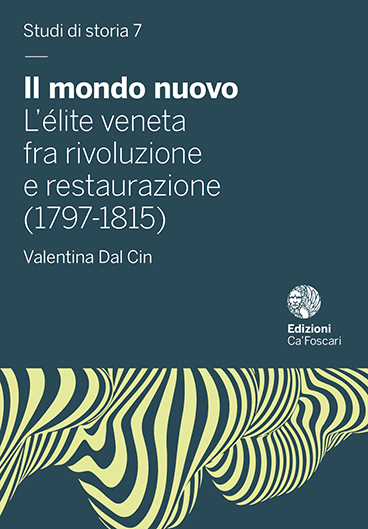 As shown in a movie by Ettore Scola, a precinematic device called ‘mondo niovo’ could entertain people by illustrating the ‘new world’ opened by the French Revolution. After 1797 in the territories of the former Republic of Venice Venetian patricians, Terraferma nobles, officials, landowners, merchants, intellectuals and whoever intended to be part of the ruling class had to deal with this ‘new world’. Following careers and lives of those men between 1797 and 1815 is the only way to consider this short but chaotic period as a whole, as Venice and Veneto alternated between Austrian and Napoleonic rule, changing government four times. Therefore, this research adopts a prosopographical approach in order to analyse formal and informal powers of Venetian elites (public roles, kinships and networks). The aim is to examine factors of social mobility in terms of continuity and change, thus describing a regional ruling class at the beginning of the Nineteenth century.

Copyright: © 2019 Valentina Dal Cin. This is an open-access work distributed under the terms of the Creative Commons Attribution License (CC BY). The use, distribution or reproduction is permitted, provided that the original author(s) and the copyright owner(s) are credited and that the original publication is cited, in accordance with accepted academic practice. The license allows for commercial use. No use, distribution or reproduction is permitted which does not comply with these terms.