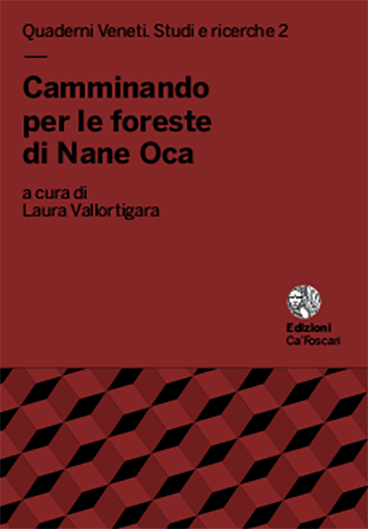 The paper explores the relationship between different levels in the narration, identifying in the figure of metalepsi a useful tool to investigate Nane Oca’s structure. In its narratological sense, metalepsi is the contamination between the world in which one tells and the world of which one tells, a deliberate transgression of the established separation between defined levels resulting from intrusions or contaminations across the narration (e.g., the character of Suor Gabriella, who flies inside narrative levels, or the figure of the author-character). Eventually, further considerations are provided on the presence (and the meaning) of sketches and illustrations inside the trilogy.

Copyright: © 2016 Piermario Vescovo. This is an open-access work distributed under the terms of the Creative Commons Attribution License (CC BY). The use, distribution or reproduction is permitted, provided that the original author(s) and the copyright owner(s) are credited and that the original publication is cited, in accordance with accepted academic practice. The license allows for commercial use. No use, distribution or reproduction is permitted which does not comply with these terms.