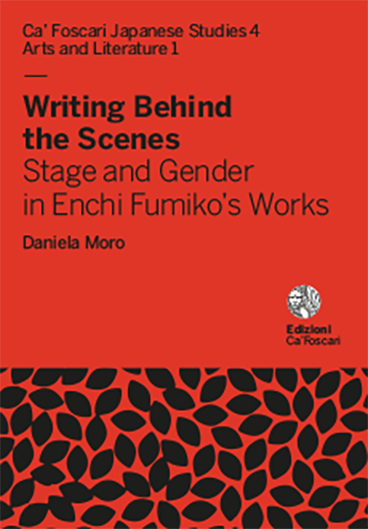 Writing Behind the Scenes

The book focuses on the work of the Japanese writer Enchi Fumiko (1905-1986) and in particular on a selection of her late novels and novellas which are set in the world of traditional performing arts. The author analyzes the numerous intertextual references in Enchi’s works, not only to kabuki and noh – in particular through her reinterpretation of central figures such as Ono no Komachi and Kikujidō – but also to the theatrical production of Mishima Yukio. Through a lively dialogue with gender studies, queer studies, theories of performativity and memory, Enchi’s works reveal a strategic and expert use of the expressive potential of the stage. As a place par excellence where the fluidity of gender and more generally of identity are explored, in Enchi’s works theatre becomes an efficacious tool to deconstruct discourses and subvert conventions.

Copyright: © 2015 Daniela Moro. This is an open-access work distributed under the terms of the Creative Commons Attribution License (CC BY). The use, distribution or reproduction is permitted, provided that the original author(s) and the copyright owner(s) are credited and that the original publication is cited, in accordance with accepted academic practice. The license allows for commercial use. No use, distribution or reproduction is permitted which does not comply with these terms.