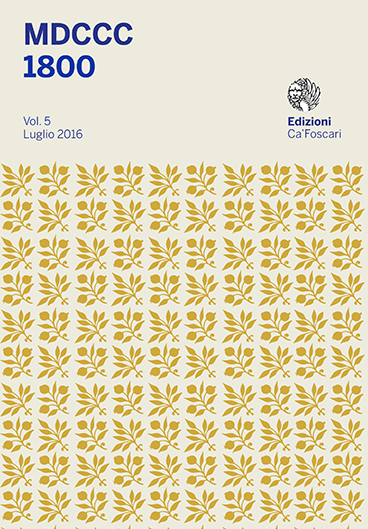 Ignazio Villa: An Eclectic of the 1800s to be Rediscovered Through Some Unpublished Sculptures Between Palazzo Pitti and his Palazzina-studio in Florence

In 1895 a contemporary described Ignazio Villa as an «Engineer, sculptor, painter, astronomer, and above all a great original». The quotation highlights the encyclopaedic nature of Mr. Villa’s genius by categorizing him as an individual devoted to disciplines so diverse as visual arts, astronomy, mechanics and geography, skills for which Villa gained renown both internationally and in Italy. Today, Villa’s fame has been limited to his Palace and Studio, on Via il Prato, a unique neo-Gothic architecture located in Florence. Villa is also well-known for his family’s relationship with Mario Sironi, one of the most important Italian painters of the twentieth century. This article aims to revive the academic and public interest in this talented artist by examining some of his unknown sculptures and portraits as a lens through which to understand some of the key moments of Villa’s life. We consider the artist’s social standing and his contact with the Milanese nobility, specifically the Marquis Busca and the Duke Tommaso Scotti, leading Florentine intellectuals, and members of the international high society such as Prince Poniatowski, and the House of Savoy, for whose members Villa served as an official portraitist.