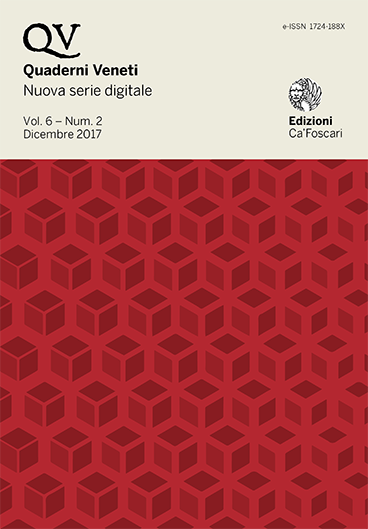 The study of the two chapters of the Devisement dou monde concerning the Chinese city of Quinsai, former capital of the Song Empire and a kind of Far Eastern Venice, is crucial to understand some important dynamics of the tradition of Marco Polo’s book. Indeed the synoptic reading of these chapters in the redactions F, Z and R – the last two far richer of information than the first – seems to confirm an old, debated hypothesis: the one according to which the Latin redaction Z and Ramusio’s Italian version (mostly deriving from a lost Z manuscript) would show traces of a rewriting of some parts of the book, in which some notes by Marco Polo, not used in the Franco-Italian text drafted in Genoa in 1298, would have been included.