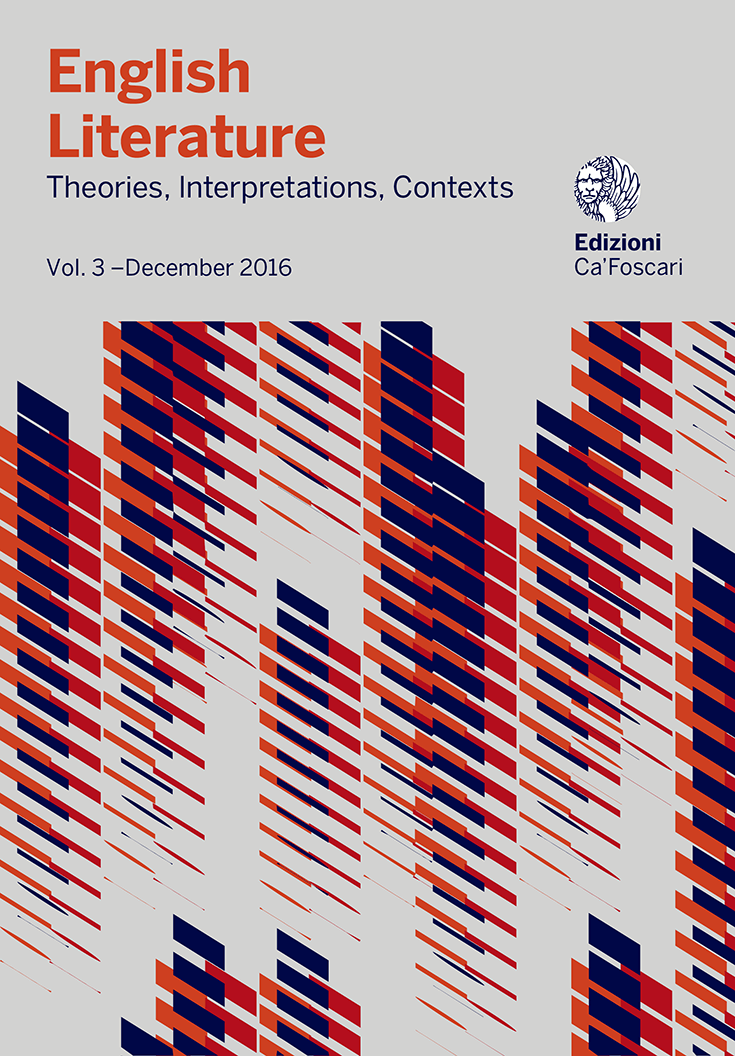 Derek Mahon’s writings inspired by Italy date back to the Autumn of 1998, when he spent four months in Rome, which was his base for visits to Naples, Pompeii and Sorrento. The Collected Poems (1999) include “Roman Script” and other poems connected to Italian culture, such as “High Water” about Venice, as well as a series of translations and adaptations drawn from sources ranging as widely as Michelangelo’s sonnets and Ariosto, to Umberto Saba and Pier Paolo Pasolini. This essay explores the background of these poems, including references to his relatively unknown Adaptations (2006). I intend to show that Mahon’s view of Italy is also shaped by his deep knowledge of the great Latin classics, from Ovid and Juvenal, to Propertius and Horace, and that his wide-ranging cosmopolitan insights enrich his and his reader’s ways of looking at the world at large.

Copyright: © 2016 Irene De Angelis. This is an open-access work distributed under the terms of the Creative Commons Attribution License (CC BY). The use, distribution or reproduction is permitted, provided that the original author(s) and the copyright owner(s) are credited and that the original publication is cited, in accordance with accepted academic practice. The license allows for commercial use. No use, distribution or reproduction is permitted which does not comply with these terms.