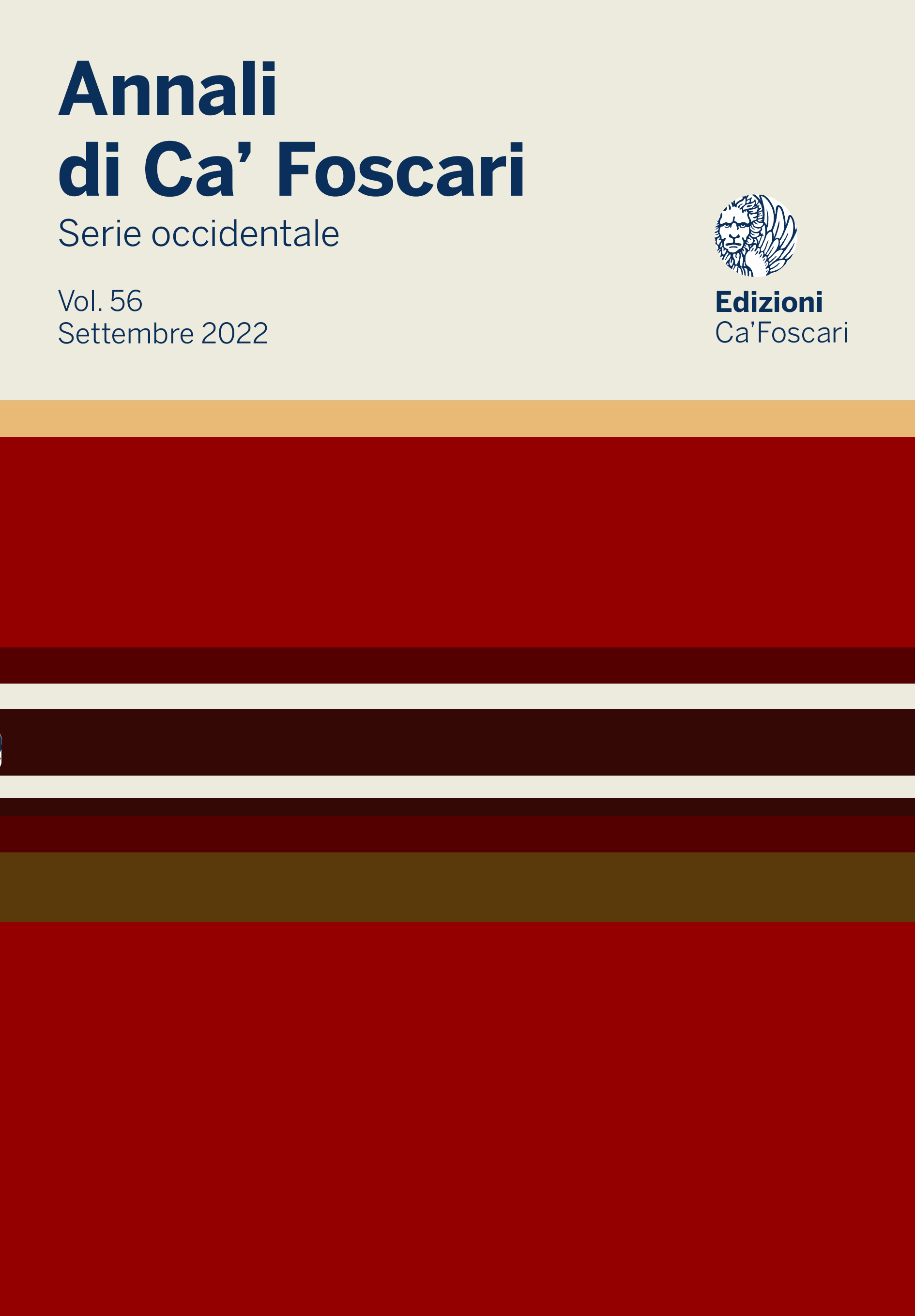 Ezra Pound (1885-1972) is one of the most influential and most controversial American poets of the twentieth century. His multidimensional career and uncompromising life encapsulate crucial questions about the role of the writer in society: What is the relationship between experimental art and extreme political views? Can art survive what Walter Benjamin called the “sickness of tradition”? What is the future of poetry in a world dominated by technology and economic rationalism? This essay explores these questions by focusing on the reception of Pound in contemporary Italy. More specifically, three texts written by some of the most perceptive Italian readers of Pound will be examined: Giorgio Agamben’s introduction to the Italian translation of Pound’s Selected Prose: 1909-1965 (2016), Giuseppe Montesano’s new introduction to Cantos scelti (2017), and an article on Pound by Claudio Magris published in the Italian newspaper Corriere della Sera in October 2018.

Copyright: © 2022 Manlio Della Marca. This is an open-access work distributed under the terms of the Creative Commons Attribution License (CC BY). The use, distribution or reproduction is permitted, provided that the original author(s) and the copyright owner(s) are credited and that the original publication is cited, in accordance with accepted academic practice. The license allows for commercial use. No use, distribution or reproduction is permitted which does not comply with these terms.