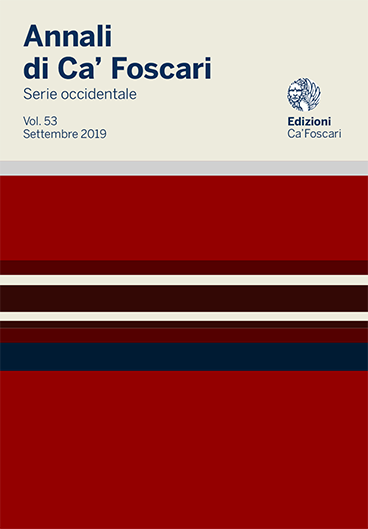 Publishing Strategies in the URSS between Thaw and Stagnation

The purpose of this article is to illustrate the different phases of the Soviet editorial process in order to understand on which basis and through which strategies the publication of foreign literature texts was ideologically oriented to the formation of a mass readership. The main object of this study is the analysis of the troubled publishing history of the anthology The Twentieth Century Italian Novella (Ital’yanskaya novella XX veka, 1969), which unfolded during a significant decade (1958-1968), at the turn between the Khrushchev era and the Brezhnev era and against the background of the crisis of the European left, when many European intellectuals changed their position toward Soviet policies. By analysing a corpus composed of critical reviews (obzory) and editorial documents (analyses, critical evaluations and editorial notes) used by the Soviet publishing house Khudozhestvennaya literatura, I will focus on the changes made to the anthology in order to highlight the delicate relationship between the editorial strategies and the political dynamics aimed at a broader control of cultural production in the transition period between Thaw (ottepel’) and Stagnation (zastoi).