Masters, Texts and Sources of the East | Volume 3 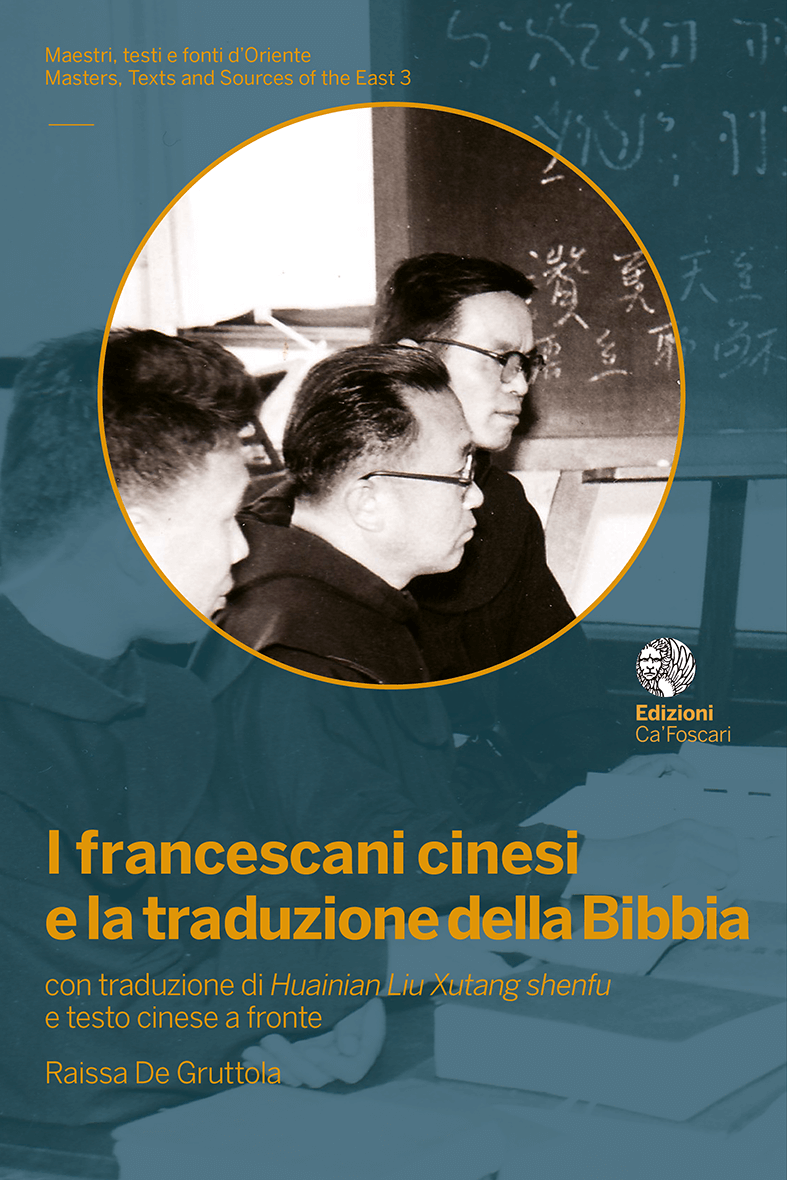 The translation project of the Sigao Shengjing 思高聖經 or Studium Biblicum Version of the Catholic Bible in Mandarin Chinese was undertaken by the Italian Franciscan missionary Gabriele M. Allegra in 1935. In 1945 he decided to gather a group of collaborators and established the Studium Biblicum Franciscanum Sinense (Sigao Shengjing Xuehui 思高聖經學會), an institute in charge of the translation and publication of the biblical volumes, which still operates today in Hong Kong. The single volume of the Bible was published in 1968 and is known with the name of the Studium Biblicum, however, the work of Father Allegra has been explored, while very few details on the Chinese members of the institute are available to date. The contribution of the Chinese friars was fundamental and remarkable in the translation and publication process, and they had an important role in the life of the Catholic Church during and after their work at the Studium. Furthermore, exploring their lives and activities, it must be noticed that their presence would be of primary importance in establishing the Franciscan Vicary, and later Province, of Our Lady of China. This volume considers the Chinese point of view in the experience of the translation of the Catholic Bible in Chinese and the life of the Franciscan Order in China, giving the historical context and outlining the lives and activities of the first ten Chinese members of the Studium Biblicum Franciscanum Sinense, exploring their work in the context of the biblical translation and the life of the Studium Biblicum. In particular, it focuses on Father Ludovicus Liu Xutang 劉緒堂 (1916-1989) whose life and activity details were collected in the booklet Huainian Liu Xutang shenfu 懷念劉緒堂神父, published in 1990. Its translation and comment will support the presentation of the peculiarities and the importance of the Chinese Franciscan Friars in the life of the Chinese Catholic Church in the twentieth century, both in biblical translation and in the issues related to the Franciscan Order.

Copyright: © 2023 Raissa De Gruttola. This is an open-access work distributed under the terms of the Creative Commons Attribution License (CC BY). The use, distribution or reproduction is permitted, provided that the original author(s) and the copyright owner(s) are credited and that the original publication is cited, in accordance with accepted academic practice. The license allows for commercial use. No use, distribution or reproduction is permitted which does not comply with these terms.