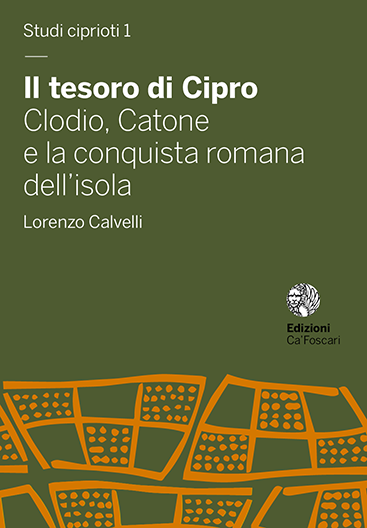 In 58 BCE, Cyprus, an island rich in natural resources and an ancient stronghold of the Ptolemaic dynasty in the Eastern Mediterranean, was declared property of the Roman people. The decision was promoted by the tribune P. Clodius Pulcher, who had Cato the Younger appointed as leader of the expedition in charge of confiscating the patrimony of the king of the island. Clodius and Cato shared multiple interests in a crucial area for Roman expansion and formed an unlikely and unexpected partnership. The conquest of Cyprus saw Roman foreign policy shaped by internal political debate and the ambitions of the great personalities of the day. This book investigates how the Romans acquired Cyprus and bolstered the connectivity of the island, which became part of an extensive commercial and strategic network. The legal basis, motives, development and effects of the conquest are the object of a thorough investigation, carried out through the close scrutiny of a rich set of ancient documents, some of which have only recently been discovered or have not yet been fully appraised by scholars.

Copyright: © 2020 Lorenzo Calvelli. This is an open-access work distributed under the terms of the Creative Commons Attribution License (CC BY). The use, distribution or reproduction is permitted, provided that the original author(s) and the copyright owner(s) are credited and that the original publication is cited, in accordance with accepted academic practice. The license allows for commercial use. No use, distribution or reproduction is permitted which does not comply with these terms.