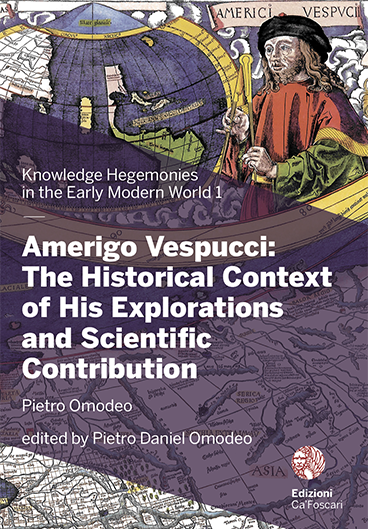 Amerigo Vespucci: The Historical Context of His Explorations and Scientific Contribution

This book offers a new reconstruction of Amerigo Vespucci’s navigational and scientific endeavours in their historical context. The author argues that all of the manuscripts or texts that Vespucci left to posterity are reliable and true, except for several amendments imposed upon him for reasons linked to the political and economic interests of those who authorised him to undertake his journeys or which were the result of relationships with his companions. The earliest genuine documentation, which dates from the late fifteenth century or early sixteenth century, confirms this position. Fortunately, careful philological studies of Vespucci’s principal written works are available, while some of his original drawings, which confirm, clarify and enrich what he narrated in his letters, can be identified in Waldseemüller’s large map known as Universalis cosmographia (1507).