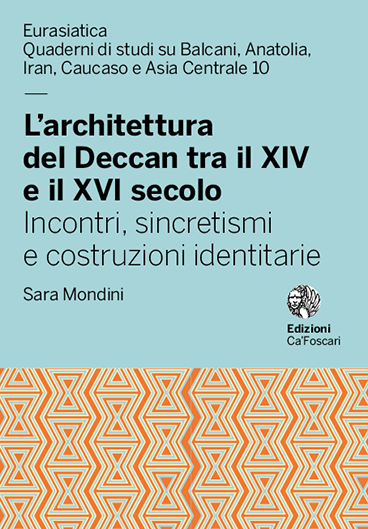 Moving from the analysis of the architectural style promoted by the Bahmani dynasty (1347-1527) in Deccan, the volume intends to offer a cross section of the social, religious and cultural complexity of the region. The identification of artistic models and vocabularies allows, as a matter of fact, to redefine conflicts and encounters in the region and to outline the reshaping of the diverse identities throughout the decades. The described scenario, together with the sharing of spaces and rituals, reveals the inapplicability of the preconceived categories that generally dominate the South Asian studies even in the artistic field: it rather redraws the Subcontinent’s sacred geographies and the relations among the communities settled in the region.

Copyright: © 2018 Sara Mondini. This is an open-access work distributed under the terms of the Creative Commons Attribution License (CC BY). The use, distribution or reproduction is permitted, provided that the original author(s) and the copyright owner(s) are credited and that the original publication is cited, in accordance with accepted academic practice. The license allows for commercial use. No use, distribution or reproduction is permitted which does not comply with these terms.