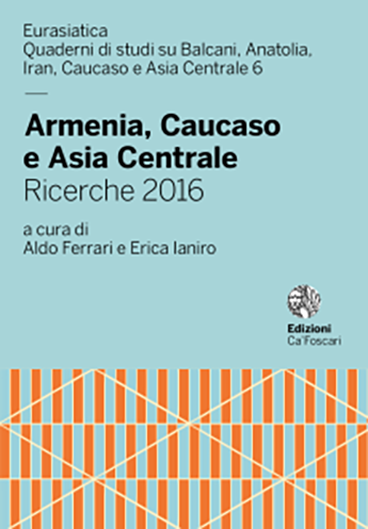 The ‘Georgian-Italian Shida Kartli Archaeological Project’ of Ca’ Foscari University of Venice in collaboration with the Georgian National Museum of Tbilisi was launched in 2009. Its main aim is the study of the Late Chalcolithic, Bronze and Iron Age cultures (4th-1st millennia BC) of the Shida Kartli province, which is located in the central part of Georgia. Activities carried out in the course of the first six seasons include the study of the unpublished materials from the cemetery and settlement of Khashuri Natsargora, excavations of two kurgans at Okherakhevi, at the Natsargora settlement (Late Chalcolithic-Early Bronze Age), and at Aradetis Orgora (Late Chalcolithic-Early Medieval periods), and a wide range of geo-archaeological and palaeoenvironmental researches.

Copyright: © 2016 Elena Rova. This is an open-access work distributed under the terms of the Creative Commons Attribution License (CC BY). The use, distribution or reproduction is permitted, provided that the original author(s) and the copyright owner(s) are credited and that the original publication is cited, in accordance with accepted academic practice. The license allows for commercial use. No use, distribution or reproduction is permitted which does not comply with these terms.