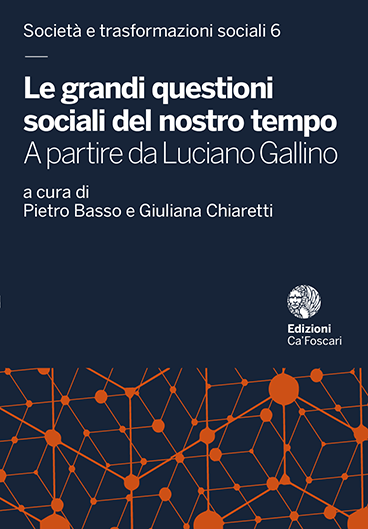 Luciano Gallino has been one of the very few scholars of social sciences to realize how deep the last general crisis was. In a series of remarkable books he describes the crisis as a big crisis, a double crisis, both financial and ecological, the crisis of ‘money’s civilization’. In the last period of this research work Gallino’s criticism of capitalist system has become truly radical. One of the specific issues he has increasingly focused on is the so-called job flexibility, which he sees more and more - in time of crisis - as a deceptive word to cover precariousness, the increasing precarity of life of millions of young, and not only young, workers.

Copyright: © 2018 Pietro Basso. This is an open-access work distributed under the terms of the Creative Commons Attribution License (CC BY). The use, distribution or reproduction is permitted, provided that the original author(s) and the copyright owner(s) are credited and that the original publication is cited, in accordance with accepted academic practice. The license allows for commercial use. No use, distribution or reproduction is permitted which does not comply with these terms.