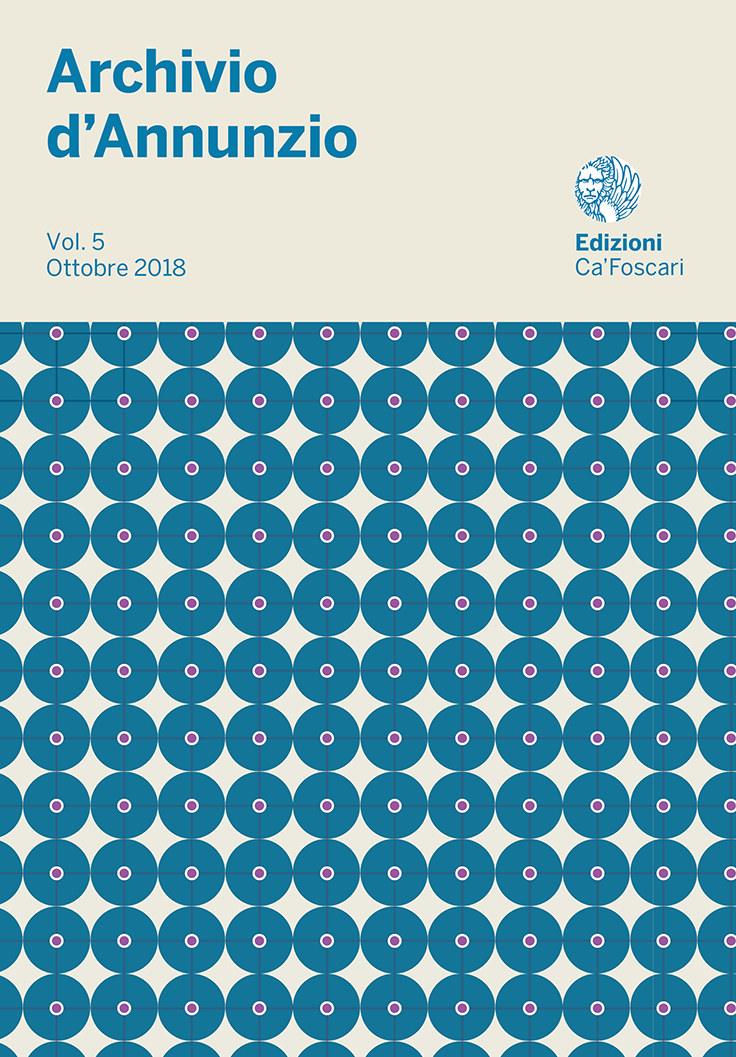 From the 1900s to the 1930s Marinetti’s attitude towards d’Annunzio gradually changed from blame to unconditional praise. The steps of this evolution and the reasons behind it emerge from an analysis of a number of Marinetti’s texts dealing with d’Annunzio’s life and works. In his early French writings (1903-1908) Marinetti had mixed feelings about d’Annunzio, whereas in his first Futurist manifestoes (1909-1915) he despised d’Annunzio as a prominent symbol of passatismo. This hostile attitude changed with the Great War and with the seize of Fiume, as after these events Marinetti increasingly represented d’Annunzio as a Futurist man and writer. He traced heavy Futurist influences in the Notturno (1922), and in a number of later writings (1937-1938) made frequent references to d’Annunzio’s undoubtedly Futurist fibre. Through these declarations Marinetti aimed at seizing d’Annunzio’s literary legacy, thus elevating the contemporary Futurist poets as his legitimate successors.