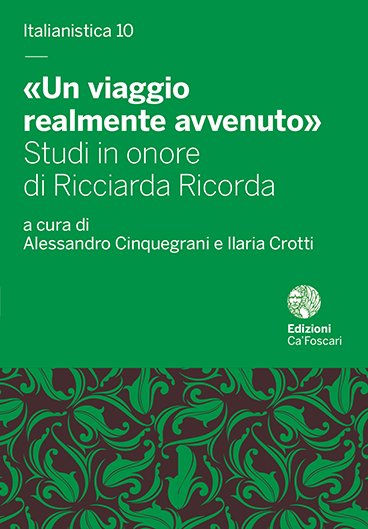 The author analyzes the journey motif in the poetic masterpiece of Charles Baudelaire, signaling and commenting all the texts where the term voyage and derivatives appears and considers in particular the poems where the keyword appears in the title: Bohémiens en voyage, L’Invitation au voyage, Un Voyage à Cythère, Le Voyage. In the passage from one text to another, the journey becomes little by little a physical experience to become, finally, a mental and spiritual dimension: in Bohémiens there is still a residue of romantic oleography; in the Invitation one dreams an exotic country, a mythical place, an earthly paradise that only the imagination can reach, in Le voyage à Cythère, the sacred island of Venus no longer has the legendary face of the classical world, but the dark and dramatic of modernity and evil; once all the illusions of earthly wanderings have fallen, only the last departure remains, Le voyage par excellence, to know the mystery that awaits beyond death. The textual analysis, conducted with a diachronic and synchronic method, becomes a cognitive analysis, a literary hermeneutic essay.