The series is intended as a reference point on the research about the transformation of public policy processes in general and of welfare systems in particular. The current economic crisis has challenged the European social model that was built in the second half of the last century. Even if with different features, in all countries policies aimed at ensuring the social risks that have characterized modernity have been implemented. The transition to the new (or post) modernity is accompanied by a thorough review of the role of the state, of the links between society and economy, of the social risks that characterize the course of people's lives and policies aimed at reducing social insecurity, the forms through which it is possible to govern systems that are increasing in complexity. The studies published here want to contribute to this debate, disseminating the results of research conducted by the Center for Research on Public Policy and Social Sciences, but also of researchers, who have been debating on these issues in other national and international companies. 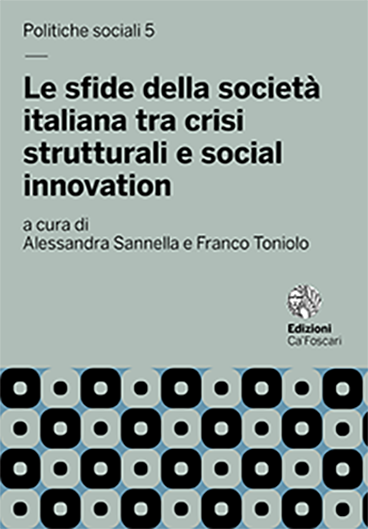